You are here: Home / Resources

At Family Gravity we are dedicated to producing family strengthening movies, bible studies, and books.  Below you will find our current products. 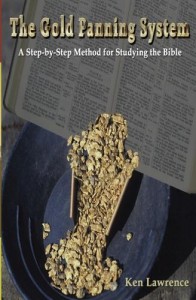 In this book you will find step-by-step instructions for how to use the Gold Panning System to study the Bible. Also included are several examples of how the system was applied to specific sections of scripture. The Gold Panning System is great for personal, family and small group studies.

The Gold Panning System is a short, easy to read paperback book (129 pages) that you can implement the moment you finish reading it. We like to call it, “the little book with big results!”

Order your copy of The Gold Panning System today for only $9.99 plus $2.99 shipping & handling 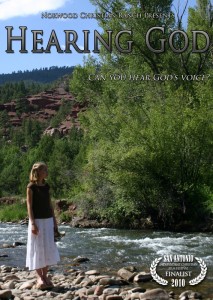 A young woman’s (Stacie Graber) life is turned upsidedown as she loses one of her most vital senses. Assisted by her brother (Zack Lawrence), she faces the struggles brought by her ailment, and searches for what it truly means to hear God’s voice and find peace.

Produced by students of the 2009 Rocky Mountain Christian Filmmakers Camp, this short film will encourage you to never give up on seeking God’s will for your life, no matter what trials you may face.

This film was entered into the 2010 San Antonio Independent Christian Film Festival, where it was selected as a finalist in the “Best Short Film” category. 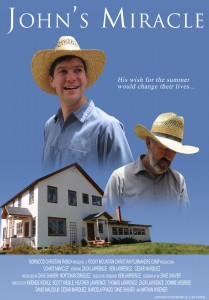 A young man gets a summer job to do something with the time he has left. The ranch where he works is run by a grumpy older man who has nothing left in his life to enjoy. The two develop a strong friendship and ultimately, the rancher is moved to live up to a higher name than his own. 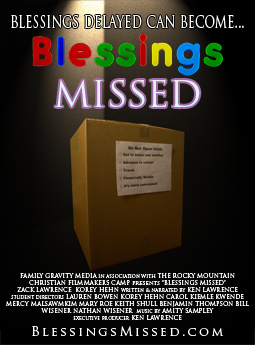 A newlywed couple has decided to delay having children while they pursue their personal goals first. Years later when they decide it is time to have children, they discover that blessings delayed can become blessings missed.

This film was entered into the 2011 San Antonio Independent Christian Film Festival, where it was selected as a semi-finalist in the “Best Short Film” category.

A sharp-tongued construction worker is challenged to make better choices in what he says. But the task may be harder than he thought it would be! 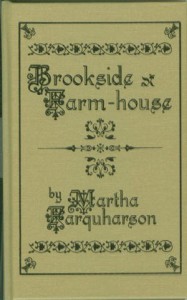 Brookside Farm-house is written by Martha Finley (the author of the Elsie Dinsmore series) under the psudonym of Martha Farquharson, and was first published by the Presbyterian Board of Publication in 1865, two years before the first Elsie book was published.

In 2006, it was republished by Lawrence Multimedia. The new edition has all 12 of the original pictures, original punctuation and spelling, and is 96 pages. It is cloth hardbound.

“Brookside Farm-house was a very pretty, though old-fashioned place, not five minutes’ walk from a village of the same name: a beautiful winding brook of clear, sparkling water skirted two sides of the farm and from this circumstance it took its name.  Mr. Neff was the owner, and here he, and his wife, his old father, and six children had a pleasant and happy home.”

Thus begins this charming book, in which the Neffs, who are Christians, earnestly strive to raise their children as such in everything they do.  In reading this book, you will learn about patience, thankfulness, obedience, charity, and industriousness.

Martha Finley wrote and published nearly a hundred books during her lifetime from 1828 to 1909.  This book, about the tenth one she wrote, is now available from Family Gravity.

Buy Brookside Farm-house now for only $4.99 plus $3 shipping and handling. 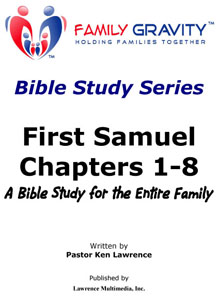